Ben Bierly (Major, USMC Retired) is a disabled veteran and professor of political science. Ben was born in 1970 and grew up with his mother and brother in California and Pennsylvania. He started working when he was 12 and even worked up to 40 hours a week in high school. Ben enlisted in the Navy but accepted an appointment to the U.S. Naval Academy with the class of 1994 and graduated with a Bachelor of Science in History and minors in both Spanish and German.

Upon graduation, Ben accepted a commission in the U.S. Marine Corps. Through 20 years of service, Ben served in various positions, including as a company commander, a battalion executive officer, as the senior logistics advisor to the 201st Corps Afghan National Army, and as the head of logistics plans and policy for all Marine Corps schools. Major Bierly completed two deployments in Afghanistan and one in Iraq. It was during his first tour in Afghanistan that Ben received a non-combat injury to his back. After surgery and rehabilitation, Ben then deployed to combat 2 more times.

After retiring in 2013, Ben taught JROTC at Romeoville High School until 2016, and has been an adjunct professor with 2 colleges teaching political science courses since then. He has taught courses in comparative politics, political philosophy, American government, state government, and political and economic thought.

Ben’s life of service has not been limited to career choices either. Aside from military and teaching, he has served his community as a baseball coach, an assistant wrestling coach, and as a church youth volunteer for 16 years. Ben and family attend Families of Faith Church in Channahan. Ben Married the former Rachel Nichols in 1999 and together they have 5 wonderful children! 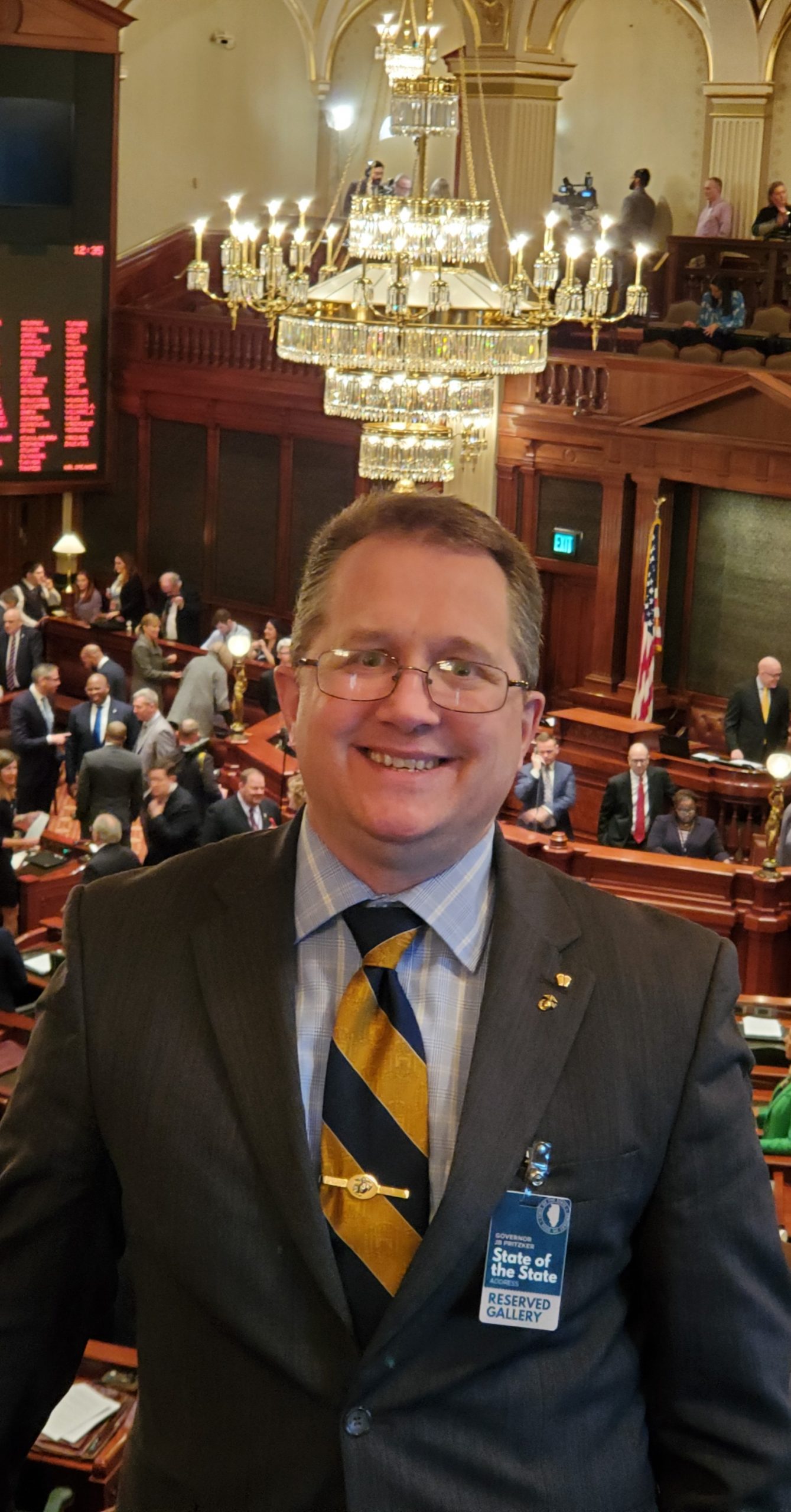